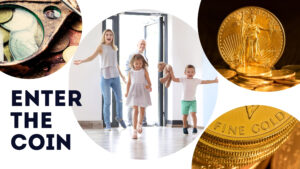 The history of man was told many times over

By thinkers, fools and dare we say gods?

Yet we can never tell the story of mankind without mentioning one of the basic principles that personify the individual: Trade, barter, currency, or monetary systems.

Ever since the first diver stepped from the rough shores of the primal oceans with two more fish than he needed, trade was born: what he did not eat, he most likely traded with his neighbor for a few eggs, pieces of animal skin, a tool of some kind or maybe five minutes of song and dance?

Our shared history of trade begins with mere barter. I have two cows, you have six pigs and a few animal skins. We barter- I give you one of my cows and get the benefit of your labor: Six soft animal skins to keep my tribe warm in winter. Barter is by far the smarter means of exchange of any good or means. However, when barter could not serve the function of humanity’s basic needs, currency was born. What most people call “Money”.

Humans needed a medium of exchange that could fulfill the criteria of money:

Our first currencies were mere pieces of shell

Evidence of man’s trade and currency can be found in our shared pre-history: our first currencies were mere pieces of shell, cloth and flakes of shining metals. In rare cases pieces of glass or in extreme cases shiny, uncut gems.

Currencies did not start with bronze, however. Currencies started with simple shells. Prehistoric man did not have metals valuable enough to serve as a means of trust. Shells had to do.

Shaped into complex shapes it did what two cows could not do: replace the hauling of live beasts over distances. I have six sheep and you have a few cows – I guarantee the sale with these ten shells: I send you the scarce shells as a guarantee that the sale will be completed.  The first currencies borne in exceptionally simple terms.

Bronze: The bronze age in our pre-history was worth many human lives.

Man killed his fellows for a few grams of the soft metal. Not because the metal had any life-giving properties but because of the intrinsic value thereof:
He could shape it into a spear and he could kill an animal with the spear. His wife would not nag about lack of food and the kids would be fed.

He could exalt himself by attending higher courses of life in expressing his art by drawing a picture onto a cave wall. (telling the story of the hunt in detail). We are still mesmerized by this artform trying to encrypt it today.

The age of forging

Jump a few thousand years forward to the age of forging along with the discovery of metals. The means to mine them in abundance: iron, copper, silver and gold.

The story of currencies bears down to the most basic human desires: anything shiny and bright and scarce. We do not crave the dull-looking rusty piece of rock. We are attracted, for some reason, still to be explained, to that which is shining, rare and bright.

Currencies did not only serve as a means of barter but it shaped our human history.

We can barter a few chickens for two cows and a bushel of corn but when you industrialize society simple barter needs currencies. In some form or another.

A coin can never be a piece of rock, cloth, or animal skin. A coin needs to be of extreme rarity. Gold or silver.

We need to have the head of our state on the coin as a means of representing our value. The head of the state on the coin served for many centuries as the guarantee of the value of that exact coin. One silver piece with the image of Caesar on it was worth the silver value anywhere in the known world and beyond.

Coins became the means of trade since the beginning of the first modern human civilization. As the human race evolved with technological and medical breakthroughs so did our ability to grow our populations beyond what could be imagined hundreds of years ago.