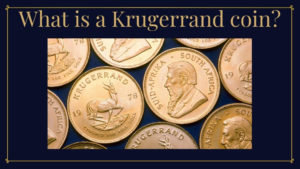 The Krugerrand coin is the most highly traded gold coin in the world. The Krugerrand is also the first legal tender gold bullion coin to gain worldwide use in the modern era. According to the Minerals Council of South Africa, well over 60 million Krugerrands in all sizes have been minted to date.

Background of the Krugerrand coin

The Krugerrand coin was first minted in 1967 in South Africa. A coin that was to be at first, a means of the South African government to export gold from the richest goldfields ever discovered in human history.

Sharpspixely.com – “At the time when the gold standard dwindled down, the purchasing of gold bars and ingots for private ownership was illegal. The South African government used this opportunity to make gold ownership legal by creating the Krugerrand coin and sold each one at 5% over the gold spot price.

It later became a worldwide investment vehicle for investing in physical gold that enabled individuals to purchase gold easily and with confidence.

Krugerrand is the grandfather of gold bullion coins

The Krugerrand coin is a 1oz gold bullion coin and the coin’s popularity stems from the era of the 1970s and ’80s where South Africa produced and held more than 75% of the world’s gold reserves. “At its peak in 1980, the Krugerrand accounted for 90% of the world’s coin market.” – Investopedia

The Krugerrand is regarded as the grandfather of gold bullion coins as other countries noticed its success and began to issue their own one-ounce pure gold legal tender bullion coins.

The Krugerrand is a combination of two words

The last name of Paul Kruger who was an influential leader of the old South African Republic. The obverse of the coin depicts the bust of Kruger.  Kruger became president soon after the discovery of gold in South Africa and held office as President of the Zuid Afrikaaansche Republiek (ZAR) from 1883 to 1900. During his presidency, the world’s most profitable gold mine Durban Deep was founded in 1896.

Rand which is the official currency of South Africa. 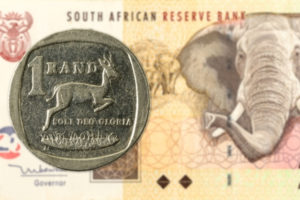 During the 1980s, and due to the universal popularity of the Kruger Rand, various sizes (denominations) were minted: ½ ounce, ¼ ounce, and ⅟10th ounce. These coins, though still legal tender ( as the one ounce is) to this day were and still are very popular as jewelry pieces, in collections and investments for the general citizen.

During 2017 the South African mint started to issue Silver Kruger rands. These coins have the exact same design as the gold coin. But in 99.9% silver.

Is it illegal to own Krugerrands? 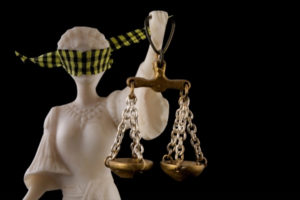 No, it is not illegal to own Krugerrands.

Baltimore Sun – “In 1994 the United States Chamber of Mines launched an ad campaign to promote the Krugerrand again to US buyers.”

The Springbok on the reverse design 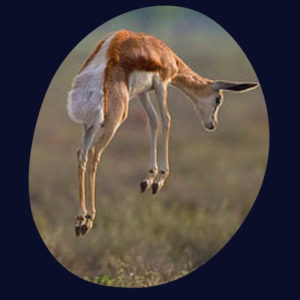 The Springbok is one of South Africa’s national symbols. The Springbok inhabits dry areas of south and southwestern Africa. The Springbok displayed on the reverse, depicts the Springbok that often go into bouts of repeated high leaps into the air in stiff-legged posture, known in Afrikaans as “pronking”.

The Krugerrand’s reputation and investment value

The Krugerrand is a symbol of storage of wealth and value, closely associated with the price of gold. For South Africans, it is a major hedge against the devaluation of their currency which has dropped by over 95% since 1967. It is strange that not more South Africans have invested in the Krugerrand. The majority of their investments are being held in the volatile stock market.  If you bought 100 Krugerrand coins in 1967 at $21 per ounce you would be a very rich man today given a gold spot price of around $2,000.

The reputation of the Krugerrand is arguably it’s most important asset. The Krugerrand is still today the most extensively collected traded bullion coin. The coin’s rich history as a world-first phenomenon in the bullion market combined with a unique design and appealing aesthetics serves as trust. The trust that there will always be interest in your Krugerrand when you want to sell.

Will people continue to invest in the Krugerrand coin?

People invest in gold coins for various reasons. Gold is globally known and widely used as a hedge against inflation. The gold market reacts opposite to the stock market. In times of uncertainty and when caution and protection are required, investors turn to gold.

Some people speculate in gold. Others buy it as gifts and for its beauty and value.

The first name that comes up when individuals want to personally own gold is the Krugerrand.  It is our view that the true value of gold and silver is unlocked over the long term. As soon as you enter short term trading you can expose yourself to large amounts of losses.

Gold represented by a bullion coin like the Krugerrand can be a vehicle to protect your family’s wealth and enable you to leave a legacy for your future generations to build on.