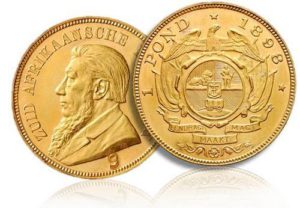 There are many coins that can boast pedigree whose value is vastly higher than its mere bullion value, to name a few:

Then: A coin of which only one exists in the world. How would you feel to own the rarest coin in the world?

One of the rarest coins in existence is not a well-known coin among the public. There exists only ONE “Single 9 One Pound” and it is one of the world’s top 5 most expensive and most rare coins.

This beautiful coin has a rich history that literally meets the term: “LEGENDARY”

The new Republic of the Transvaal (the ZAR- Zuid Afrikaansche Republiek) issued their first coins in 1874. The dies were designed by lC Wyon. These coins were actually not very popular among the public.

Kruger was instrumental in the founding of the first Official Natural Park in history: the famous Kruger Wildlife National Park. 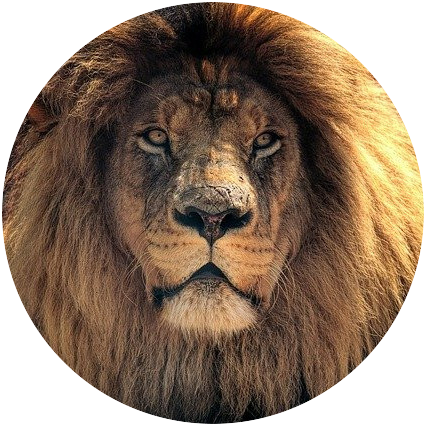 The fact that his image still bears value on the Krugerrand in gold and silver endures. The simple, illiterate Kruger’s image rose as a means of value from the carnage of the 9/11 wreckage. Krugerrand from the vaults of the Twin Towers has value beyond its weight in gold. NGC grade rescued Krugerrand as such.

Saying: “Gold is the tears of God”

The gold was spilled in rivers and literally flowing onto the surface of the African Soil. African legendary says that gold was the tears of God himself. This red stained earth of Africa was destined to bear its riches.

Kruger, a practical person, knowing the soil, earth and people had no idea how rich in gold this landscape was. People flocked in their thousands to the Transvaal to toil and enrich.

The first ZAR coins were dated 1892 with low mintage in today’s terms. During 1898 however, war broke out with England which put huge strains on the young ZAR Republic. The Anglo-Boer war still remains as one of the most hated, costly and bloodiest wars of the British empire. It is not only the start of guerrilla warfare but also the first time trench warfare was used. Historians still debate the issue but it is also well-known that the use of concentration camps were introduced against civilians for the first time during the Anglo-Boer War.

The real story of the 1899 dies (designed in Germany and shipped to South Africa) is still ingrained in folklore. Some say that the ship with the dies sank somewhere in the rough Western African seas and never reached the war-torn ZAR Republic. Others have it that the British seized the dies. The dies have to date never been discovered….

With only the 1898 dies available the phrase “a Boer makes a plan” proved its worth: The mint master used the 1898 dies without the date, struck the coins and with a hand punch struck a nine on the obverse under Kruger’s bust. This proved to be not ideal, because the punch was too big, intruding onto the bust of proud president Kruger. Legend has it that the mint master struck only a few coins when it was decided to melt all down and use a smaller punch to strike 99 on each coin.

Fate has it that, for some strange reason, the mint master kept one of the single 9 coins. It was, according to folklore handed to the Consul General of the United States, C.E. Macrum. Who had it in his possession for some time. Here the coin vanished from history.

The coin surfaced out of nowhere when King Farouk of Egypt purchased it at auction in Paris in 1954.

How do you put a monetary value on an item like The Single 9?

The Single 9 being the most desirable and scarce of all South African coins makes it virtually impossible to put a monetary value on. Its value is not only in its historical value (as Kruger, the King of Egypt and who knows who else had it in his/her hands) but also its rarity. Coupled with the Single 9 ZAR (Kruger) One Pound’s intrinsic gold value makes it one of the most sought-after items a person can possess.

The value of coinage

As we age, we tend to preserve. We save. We invest, and we put a higher value on something from a previous era that stood the test of time. Coinage meets the bare principles of money which are its durability. Given coinage’s limited supply coupled with uniformity gives us “real” money as opposed to currency.

The history that accompanies a coin like the “Single 9 Kruger Pound” adds immeasurable value over and above its mere bullion value.